Though many may think of vinyl as a relic from the past, the medium has been experiencing something of a comeback in recent years.

According to Nielsen Music, record sales are up 1.5 million units from last year. Independent record stores like Toronto’s newly relocated Sonic Boom are taking advantage of the growing interest in the age-old format. 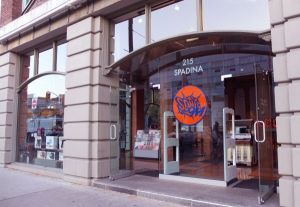 The city is already home to almost 20 stores that showcase an assortment of musical genres: everything from the latest chart-toppers to more obscure indie gems.

For some, record stores provide a sense of community. A place where music fans can go to connect, discover new music, and support the artists they love.

June Records is a newcomer to Toronto’s vinyl scene, offering customers a wide variety of new and used LPs. 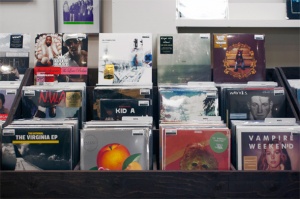 To Sladkowski, the shift in taste has a lot to do with the physicality of owning and playing records.

“I think part of it is a reaction to digital,” he said. “It feels like less of a throwaway thing. Not that digital files are throwaway, it’s still music, but I think  a lot of people are diversifying their collections.”

Sladkowski notes the size and artwork as being particularly important to vinyl culture.

“They’re using vinyl because it’s bigger, and album artwork has become a little more important. Because of that, vinyl is sort of the natural thing to buy.”

You can find out more about Sonic Boom and June Records here and here.

This site uses Akismet to reduce spam. Learn how your comment data is processed.

David Wilson has produced many things for many people.

Be it a well-sourced think piece, a captivating curation of high-profile artists for an international publication or an in-depth interview with an award-winning director, he can make it shine. He’s been on a cannabis bent recently, but only because it’s terribly fun and he enjoys it.

He promises not to speak exclusively in third person when you meet him.